Entomogen offers a variety or molecular diagnostic services aimed at detecting an array of viruses. We continue to expand our detection services in order to better serve the public.

Entomogen Inc. has been providing West Nile Virus viral testing since 2001 and Eastern Equine Encephalitis Virus testing since 2004. The protocols used by Entomogen Inc. conform to (or exceed) the Ontario Ministry of Health and Long Term Care's 'gold standard' for mosquito viral testing. This was established in 2003 by the National Steering Committee on West Nile Virus Surveillance, Mosquito Subcommittee - a subcommittee chaired by Dr. Robin Lindsay (National Microbiology Laboratory, Winnipeg, MB). Viral testing is done according to the National Guidelines and the protocols established by Lanciotti et al. 2000.

Lyme disease is an illness caused by the bacteria Borrelia burgdorferi. The main culprit is the Blacklegged or Deer Tick (Ixodes scapularis). The number of cases of Lyme disease reported to the Public Health Agency of Canada has increased each year since 2009 when it became a reportable disease (click here). Entomogen Inc. in association with the Niagara Region Public Health Department has been using Real-Time RT-PCR to test ticks submitted from dogs for Lyme disease since 2011. Blacklegged ticks collected by residents can be submitted to Entomogen for Lyme testing using our tick identification form. Ticks submitted will be re-examined by our taxonomists to confirm the identification prior to submitting it for testing. 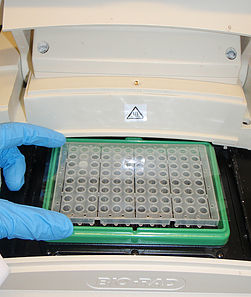 DNA barcoding is a taxonomic method that uses a short genetic marker in an organism's DNA to identify it as belonging to a particular species. It differs from molecular phylogeny in that the main goal is not to determine patterns of relationship but to identify an unknown sample in terms of a preexisting classification. Barcodes are sometimes used in an effort to identify unknown species or assess whether species should be combined or separated. Confirmatory DNA sequence analyses using the cytochrome oxidase I (CO1) “barcode region” are done as part of an independent academic research project by Dr. Hunter and her graduate students at Brock University. Barcoding is done especially when new invasive species are suspected or when potential hybrids are discovered. Hunter’s lab pioneered the use of CO1 barcoding for Canada’s mosquitoes and they remain the country’s experts in this field of research (To see the original barcoding work done in Dr. Hunter’s lab click here). 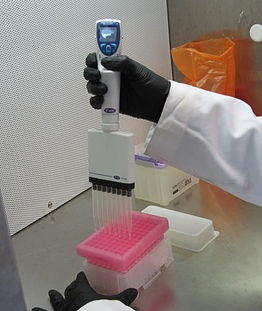